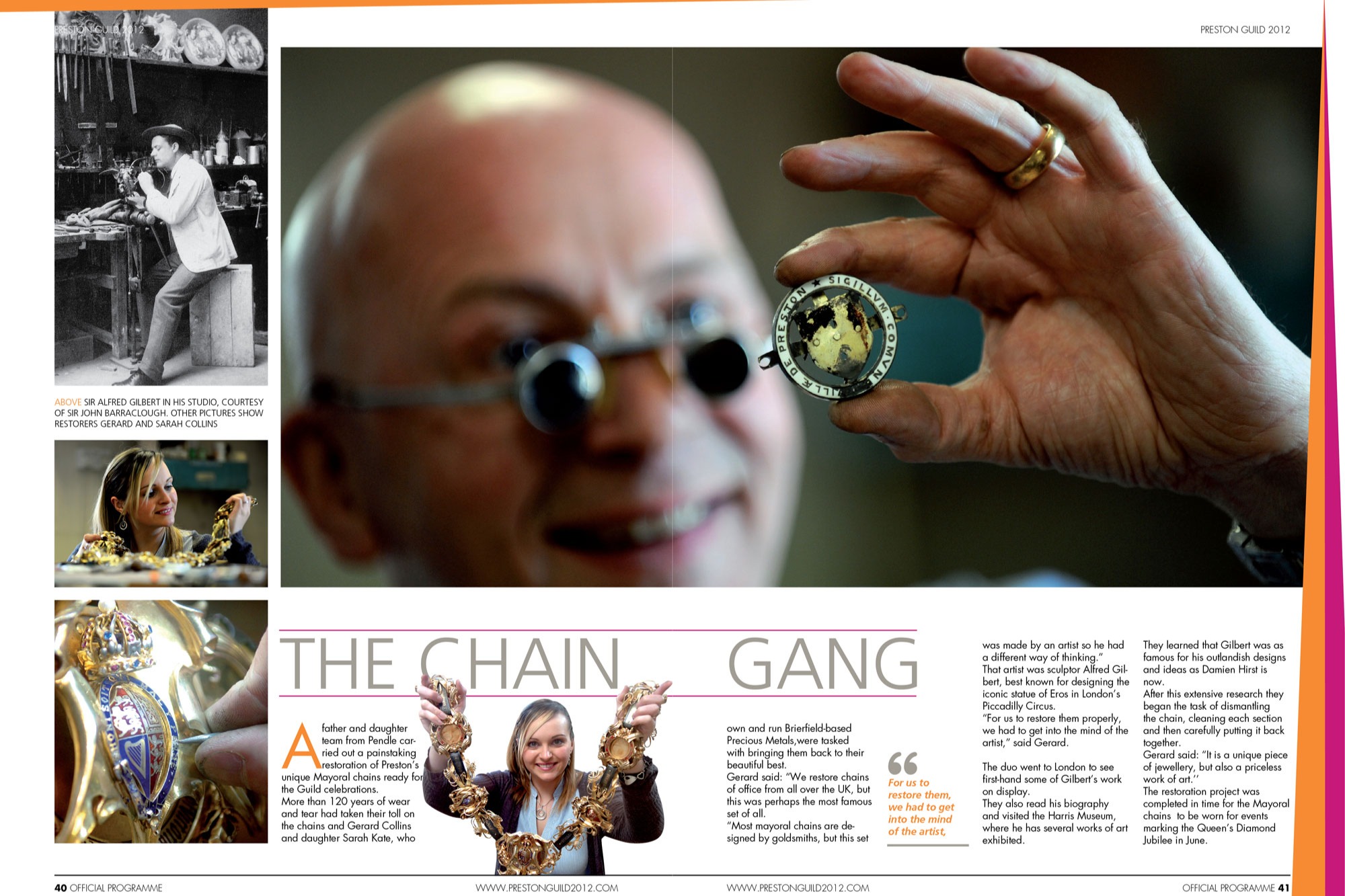 Gerard Collins began restoring civic regalia at his Precious Metals workshop in 1978. Together with daughter Sarah, Gerard has worked on Mayoral chains and maces from Town Councils across the length and breadth of the British Isles.

In 2012 Precious Metals was commissioned to undertake the major restoration of the Preston Mayoral chain for the 2012 Guild. The chain was commissioned in 1887 to celebrate the jubilee of Queen Victoria and was designed by Sir Alfred Gilbert who is better known for his design of The Shaftesbury Memorial, more commonly known as Eros at Piccadilly Circus. Gilbert’s statue of Queen Alexander which stands opposite St James’s Palace bears many similarities in style and design to the Preston chain.

As part of Gerard’s research into the design and history of the chain both he and Sarah were invited to the V&A to view Gilbert’s other works in silver including a table centrepiece designed for Queen Victoria and presently on loan from the royal household.

If you are a Town Council and would like Precious Metals to inspect and assess items of civic regalia then please contact Gerard either by ‘phone or e-mail and he will be happy to arrange a visit.